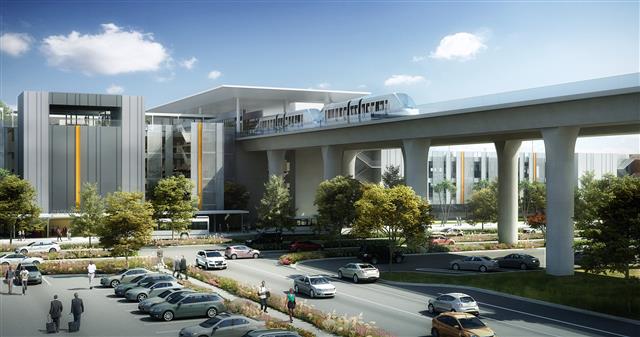 (Los Angeles, CA) Los Angeles World Airports (LAWA) Board of Airport Commissioners (BOAC) has approved L.A. Gateway Partners (LAGP) as the Recommended Developer (RD) for the Consolidated Rent-A-Car (ConRAC) Facility and has initiated the first agreement between the parties. The agreement with LAGP sets in motion the path towards full contract approval by BOAC and the Los Angeles City Council to design, build, finance, operate and maintain (DBFOM) the ConRAC at LAX.  LAGP’s proposal had the lowest price score and second-highest technical score of the four teams that participated in the procurement process. LAWA will present a 28-year contract to the BOAC and City Council for approval in the coming months. The contract will include milestone payments for the design and construction phases, as well as authorizes future payments for operating and maintaining the ConRAC for the contract period.  BOAC approved an Early Works Agreement with LAGP, not-to-exceed amount of $5 million, which will allow pre-construction activities such as hiring, soil testing, engineering, and furthering design of the ConRAC. Today's contract approval is important to maintain the schedule to complete the project in 2023.  "This was a very competitive process that brought out strong proposals from all four teams who bid for the project,” said Sean Burton, President, LAWA BOAC. “The ConRAC is an important piece of infrastructure that will not only serve our visitors who use rental cars but will benefit everyone by helping us deliver on our crucial goal of significantly reducing traffic on roadways in and around LAX.” “By consolidating rental car operations into one convenient location connected to the Automated People Mover, our guests will experience a new streamlined way to begin and end their journey at LAX,” said Deborah Flint, CEO, LAWA. “Improving the guest experience is always at the forefront of our thinking and we are excited to begin working with LA Gateway Partners to make this new facility a reality.” The ConRAC will consolidate over 20 various rental car locations in and around the airport into one convenient facility located adjacent to the 405 freeway. It will feature 6,600 ready/return parking stalls, 10,000 idle vehicle storage and 1,100 rental car employee parking spaces. The approximately 5.3 million square foot facility will be built in an area bordered by Aviation Blvd. on the west, Arbor Vitae St. to the north, La Cienega Blvd. on the east and the new 98th St. extension to the south. The facility will be connected to the Automated People Mover (APM). 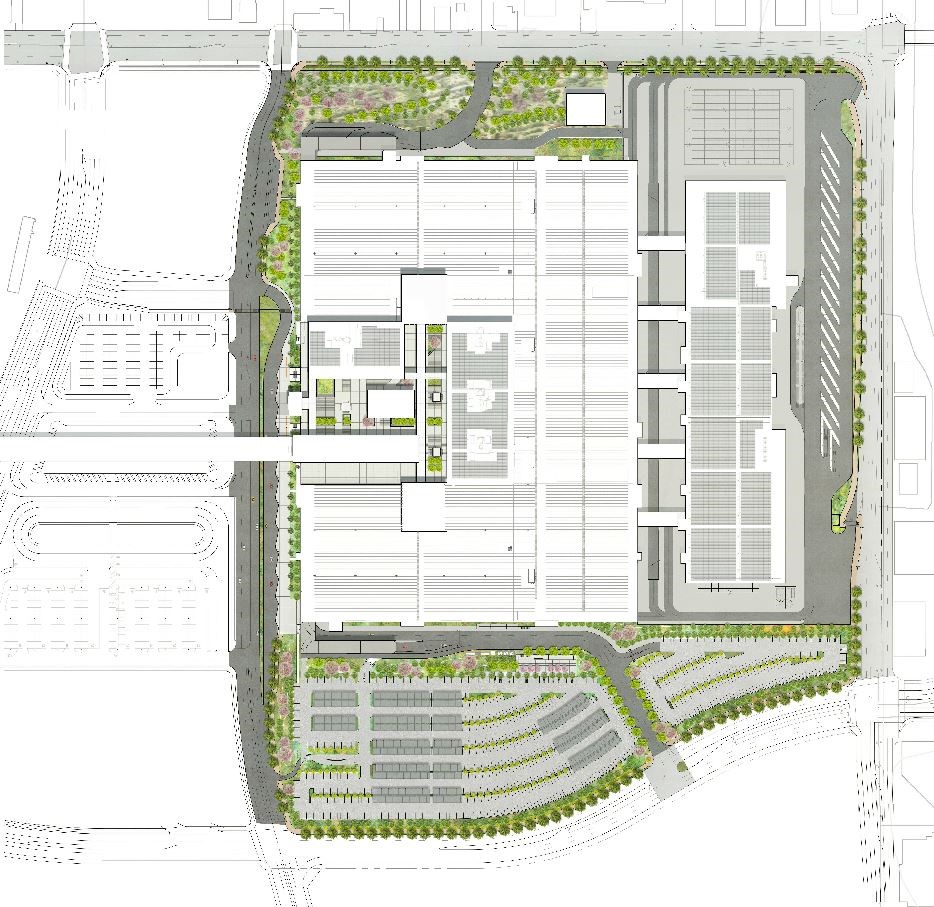 Once completed and operational, rental car shuttles will no longer access the LAX terminal loop as all customers will ride the APM train to get to their rental car company. With the removal of rental car shuttles, LAX will see a reduction in vehicle traffic and passengers waiting to board curbside at the airport.
This team has proposed a more compact structure, which allows for a smaller footprint, increasing available area for future LAWA development and shortens the walking distance for customers renting cars. The functionality and design of LAGP’s proposal is strongly supported by rental car company representatives and will accommodate changes in market share of rental car companies.
As part of their proposal, LAGP committed to delivering an environmentally friendly project. Landscape will be drought tolerant using California native plants and the building will meet or exceed minimum requirements for LEED Silver certification.
Collectively, the LAGP team has extensive experience designing, building and operating nearly 30 ConRACs domestically and internationally, including the Atlanta-Hartsfield RAC facility, the Boston Logan Consolidated Rental Car Center, and the Nashville International Airport RAC facility. LAGP team members also have a history of involvement in large-scale infrastructure projects in Los Angeles and around the country. These projects have helped drive economic development and deliver integral benefits to the local communities. LAGP has committed to partner with LAWA in developing opportunities for local small businesses, creation of good-paying career jobs and fostering economic growth.
The ConRAC will be built using a Public-Private Partnership (P3) contracting model. LAGP will be designing and constructing the facility and will also be responsible for operating and maintaining it for a 28-year period. The APM system is also being built with this contracting model. The ConRAC is a major component of the Landside Access Modernization Program (LAMP), which also includes the APM system, Intermodal Transportation Facility - West and associated roadway improvements. About LA Gateway Partners (LAGP)
LAGP is led by Equity Members Fengate Capital Management Ltd., PCL Investments USA, LLC and MVI Finance LLC. The Lead Contractor is PCL Construction Services, Inc. The Lead Designer is PGAL, Inc. and AC Martin Partners, Inc. The Lead O&M Provider is Johnson Controls Inc., while the QTA (Quick Turn Around) Manager is MVI Field Services, LLC. Key Engineers are Kimley-Horn and Associates, Inc., Englekirk Institutional Inc., and Robert and Company.
About Los Angeles International Airport (LAX)
LAX is the fifth busiest airport in the world, second in the United States, and was named one of Skytrax’ 2017 Top 10 Most Improved Airports. LAX served more than 84.6 million passengers in 2017. LAX offers 737 daily nonstop flights to 100 cities in the U.S. and 1,386 weekly nonstop flights to 88 cities in 44 countries on 73 commercial air carriers. LAX ranks 14th in the world and fifth in the U.S. in air cargo tonnage processed, with more than 2.2 million tons of air cargo valued at over $101.4 billion. LAX handled 697,138 operations (landings and takeoffs) in 2016.
An economic study based on 2014 operations reported LAX generated 620,600 jobs in Southern California with labor income of $37.3 billion and economic output (business revenues) of more than $126.6 billion. This activity added $6.2 billion to local and state revenues and $8.7 billion in federal tax revenues. The study also reported that LAX’s ongoing capital-improvement program creates an additional 121,640 annual jobs with labor income of $7.6 billion and economic output of $20.3 billion, $966 million in state and local taxes, and $1.6 billion in federal tax revenues.
LAX is also the second most popular airport in the world to appear on Instagram according to wego.com. LAX is part of a system of two Southern California airports – along with Van Nuys general aviation – that are owned and operated by Los Angeles World Airports, a proprietary department of the City of Los Angeles that receives no funding from the City’s general fund.
For more information about LAX, please visit www.flyLAX.com or follow on Twitter @flyLAXAirport, on Facebook at www.facebook.com/LAInternationalAirport, and on YouTube at www.YouTube.com/laxairport1.
As a covered entity under Title II of the Americans with Disabilities Act, the City of Los Angeles does not discriminate on the basis of disability and, upon request, will provide reasonable accommodation to ensure equal access to its programs, services, and activities. Alternative formats in large print, braille, audio, and other forms (if possible) will be provided upon request.